Readly, the ‘all-you-can-read’ magazine platform for tablets and smartphones is changing the face of magazine consumption with the launch of its new keyword search function which collates and returns results from across its vast catalogue of print magazines and back issues.

With Readly’s keyword search, magazine consumers can, for the first time ever, access relevant content from multiple magazine sources at once. Think of it as Google for print magazines. You want to read about [Kim Kardashian] not from one but from several reputable sources – online media isn’t enough – now, rather than having to trawl through hundreds of titles, users can simply ‘Readly It’.

Readly, which was recently awarded ‘App of the Year’ by the PPA, comes with 267 UK magazines, including Grazia, Heat, Marie Claire, InStyle, OK, Now and Woman’s Own. Also available are popular titles like Stuff, T3, Country Living, Top Sante, Saga, NME, delicious., FHM and The Beano. Users can also access 529 magazines internationally, including titles such as Men’s Health and Rolling Stone from the USA, Elle from France and many more from Germany, Sweden, India and The Philippines.

Readly affords its users access to a minimum of 12 months’ worth of back issues. With more and more publishers being added to the roster – most recently Bauer Media Group, Immediate Media Co. and Northern & Shell – Readly now also provides an innovative search tool to be used in a previously unsearchable arena.

“Readly’s new search function has the power to truly revolutionise the way in which we consume magazines; it takes the reader straight to what they’re looking for and refines women’s interests in a way that wasn’t previously possible.”

About the Readly app
Readly is a service that lets customers have unlimited access to hundreds of national and international magazines in one app. The service offers fast download and easy, intuitive use so that the reader can read magazines online effortlessly. After a free two-week trial period, subscribers pay € 9.99 per month (in US $ 9.99; in UK £ 9.99) for unlimited use.  This price includes use of the service on up to five devices, allowing the service to be shared among the whole family so that everyone can read their favourite magazines online. Currently the service includes close to 600 titles, but the number of titles and issues available increases continuously; you can find the current selection at http://www.readly.com.

Readly International AB, the company behind the Readly service, is a privately owned company headquartered in Sweden. Formed in 2012, Readly today has offices in Sweden, the UK, USA and Germany and a rapidly growing user base in more than 100 countries, making Readly the world’s leading digital platform for reading magazines online. For publishers, Readly represents both additional reader revenues and deep insights into reader behavior. The magazine version is available globally. In Sweden, Readly also offers a book version that lets readers experience the original print layout including images. This delivers an unrivalled digital reading experience for books where photos and illustrations are important, such as children’s books and cookbooks. Readly has also introduced a pilot version for newspapers. 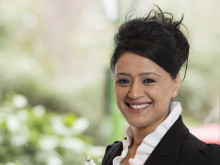